Rome and its waters

Water was the reason why Rome and its civilization lived for a very long time providing hygienic standards that no other civilization so obsessively developed.

Rome has always had its own underground network of deep water, lake basins, short courses that feed the Tiber, but this ever-expanding city needed more water and so the first aqueduct was built in 312 B.C. by Appius Claudius the Blind for a length of 16 km and with a daily flow of 73,000 cubic meters, the aqueduct entered the city from Porta Maggiore, and through the Celio, it headed towards the Aventino to end up in the Forum Boario; we speak of an era in which other great civilizations had not developed any system of water collection, at least not as structured as the Roman one.

This “highway” of water was the first of a total of 11 aqueducts, 6 still survive today in a piece of the Roman countryside known to all as the “Parco degli Acquedotti”.

Water is our common thread, and it leads us not only to describe the engineering ability of the Romans, to cite Frontino “water curator” in the first century. d.C .: << The aqueducts are the highest manifestation of the Roman civilization >>, the water still allows us to talk about public facilities such as the Baths or rather the SPA of the ancients.

SPA is the acronym of: Salus per aquam, and this sentence not only describes a function, but describes a philosophy for the ancient Romans for which physical well-being was accompanied by the well-being of the soul and the mind thanks to the Greek and Latin libraries present in the spa facilities. If this is not a civilization!

The access to the baths was guaranteed to all social classes, all could take advantage of hot, warm baths, swimming pools, gyms, gardens, in short, a real treat, and it is said that one day the Emperor Hadrian had gone in bathrooms built by Trajan, and assisting the ablutions of some low-class citizens in need of a beautiful “strofinatina” – today we would call it scrub – and found the conditions of these, Adriano magnanimously decided to pay assistants and masseurs to restore these Romans in decent condition.

The news of the emperor’s generosity spread quickly throughout the city and the next day in the same spa Adriano found crowds of citizens with their backs resting at the corners of the various environments rubbing, to receive the same attention of the lucky ones the day before . Ah these Romans! Yet the Emperor ignored everyone and left the Baths rather angry.

The Baths were the place dedicated to relaxation, to body care, to the care of the soul, and to the care of business above all, the best contracts were stipulated with a vigorous narrow forearm – as was said in Roman times – political decisions more stringent were discussed between a massage and the other, the most secret plots were conceived along the passage from the tepidarium to the calidarium.

It is true that access to the baths was guaranteed to all social strata, some sources tell us that it was free, others tell us that the cost for the plebs was equal to the cost of a bad glass of wine, which is almost equivalent to say freely, however, these two versions agree in substance: the basic care of the person had to be universally allowed, to ensure that no hygienic danger posed to divert the authorities from their task, or the government of the world.

The aqueducts, the baths, the public fountains, the sewage system, all that we women and men of the 21st century take for granted, have been the engine of a historical era that has left us a legacy of civilization, culture, and knowledge.

Rome still benefits from the services of a well-functioning mainstream aqueduct, the manhole covers of the Cloaca Massima continue to channel rainwater into the Tiber, and our modern SPAs follow the myth of mental and physical well-being recruited two thousand years ago by our ancestors.

We can state without any doubt that the Middle Ages began when the aqueducts were cut, the drained sewage system interrupted, the thermal baths left in abandoning and the salubrity of the waters became a memory. 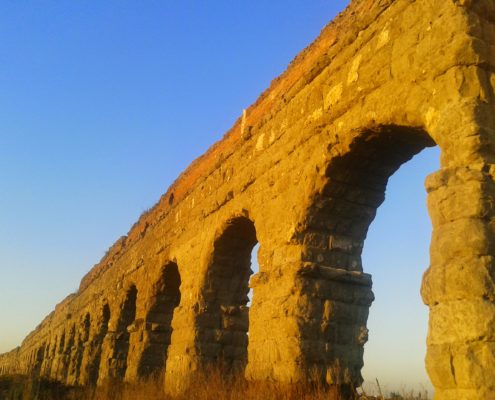 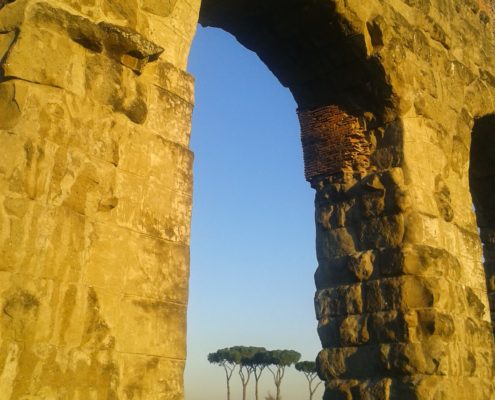 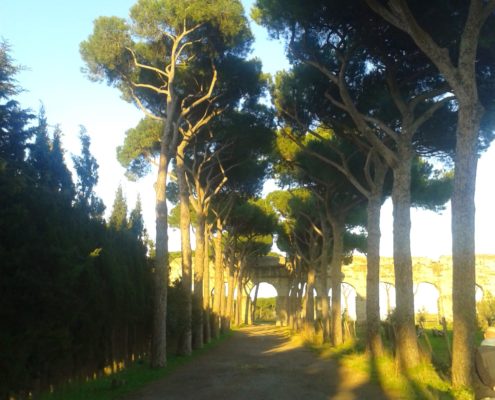