The Pyramid: The dreaming girl of Rome and the centrale Montemartini

The Pyramid of Cestius and its monumental bulk of travertine reminds us of an illustrious deceased: Gaius Cestius Epulone, but who was an Epulone? The Epulones were assigned to a very delicate office: to set up sacred banquets on the occasion of the recurrence of the foundation of the Temple of Jupiter Capitoline.

Caius Cestius was a cultured and refined man and, greatly influenced by the monumental bodies of the Egyptian pyramids, left a legacy to his sons, requiring them to build a pyramid-shaped funeral monument within a year of his departure, otherwise the inheritance was lost, of course. Gaius Cestius appointed a curator who was waiting to respect his will; we enter for a moment only in the Pyramid, inside the funeral chamber you will see delicate painted figurines on the walls and some stuccoes survived to the sack of the “tombaroli” or illegal diggers.

We leave Caio Cestius and his Pyramid and walk along the Via Ostiense, our dreamy maiden waits to be known, I will tell you her name: Polimnia, but I will not reveal her identity yet, while I would like to mention that the busy Via Ostiense, in reality has always been busy since ancient times: since it connected Rome with the port of Ostia, and therefore hundreds of wagons loaded with goods and people crowded this artery; after passing the railway bridge, heading towards the Basilica of San Paolo, on the left stands a complex of exquisite buildings: the former Mercati Generali their construction comes from a project of 1910, made under the Mayorship of Mr. Nathan, they are beautiful buildings originally conceived in Art Nouveau style, a liberty just mentioned since the construction of the complex was completed during the fascist regime because of the long procedures of expropriation of the land partly belonging to the Torlonias and Fajellas; proceeding on the right there is an old disused thermo-electric power plant, today “Centrale Montemartini” Museum, an example of industrial archeology with its mega turbines and ample spaces, is the setting for a refined exhibition of finds from the warehouses of the Capitoline Museums; but who is Polyhymnia? And where is she?

Polimnia and its eight sisters were the daughters of Zeus and Mnemosine, they were Muse and belonged to Apollo, the patron god of the arts; Polimnia presided over lyrical poetry and religious hymns and dance, and it is she who awaits us on the second floor of this evocative place: a thermo-electric plant located along the left bank of the “blond river”; it seems still seeing the barges sliding along the Tiber and transporting the coal necessary to power the gigantic turbines used to produce electricity, the coal will be replaced by diesel thanks to the engines installed in 1933, engines manufactured by Tosi and for power listed among the flagships of Italian industry; Polimnia is there in the center of the Machines’ Room, she thinks of some kind of verse to be composed, she is wrapped in a delicate marble garment so masterfully worked that it seems transparent; she leans forward and her girlish face has the same expression of the young people who dream of their future, and in her rapt expression we grasp all the delicate poetry that she herself inspired.

This statue so magnificently intact dates back to the 2nd century AD and was found in an underground conduit near Villa Fiorelli Appio-Latino area, in an area believed to be owned by Marcus Aurelius and Septimius Severus, Polimnia together with her sisters decorated the “horti” -really the garden- of this immense property, we will never know, and all in all we do not care to know, she is there in the Great Machines’ Room waiting for someone to wake her up from her dream long eighteen centuries.

Polimnia led us inside the Central, the largest ever built in Rome, owned by the Romans at the behest of Mayor Nathan who through this public investment wanted to counter the monopoly of the Anglo-Roman society for the lighting of Rome; the plant was the ‘unique to provide electricity to the eternal city during the Second World War and throughout the 50s of the twentieth century, until the large turbines stopped turning steam into energy.

Us italians always distinguish ourselves for taste and aesthetics and therefore also an industrial building became an opportunity to demonstrate this innate attitude, the building is an exquisite example of Italian liberty; in recovering the building, the technicians of the superintendency, found two lamps in wrought iron, lying and abandoned, of extraordinary workmanship and searching in the archives of the City it was discovered that it was Duilio Cambellotti who made the drawings of these two works of art.
“In Rome everything is history and culture, even an industrial plant”. 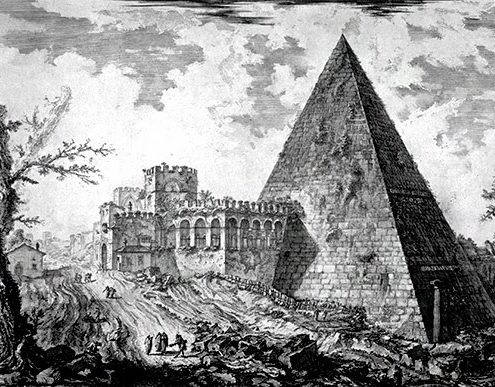 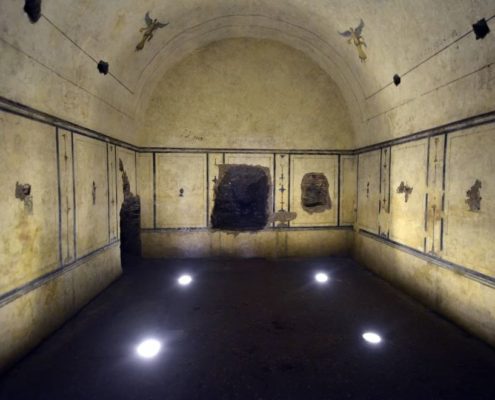 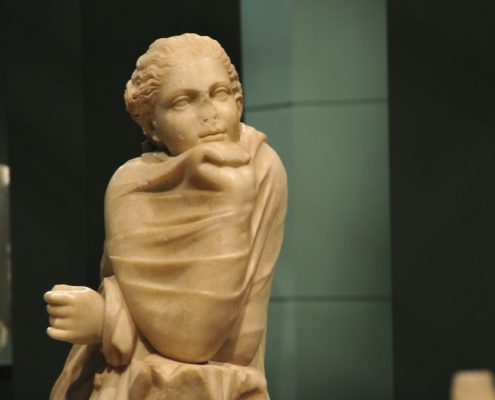 Villa Grazioli in Grottaferrata and the beauty of Rome’s Environs