Ostia Antica, the ancient port of Rome, can be considered the most interesting evidence of how an ancient roman city was organized.
The name Ostia derives from “Ostium” which literally means “mouth”, yes the mouth of the river Tiber.
In this site – not so famous as it should be – are still intact bath-houses, public toilets, the “Cauponae” – a sort of restaurants – houses with amazing frescoes and mosaics, temples, and the Square of Guilds, which was the converging point of all the navigation and commercial companies providing all kind of services to private customers or to corporate ones.
The city was excavated on the behalf of Pope Pius VII at the beginning of the XIX cent. but scientifical researches started in the XX cent, unhearted 34 hectares of the 50 hectares on which the city was stretched.
A city of many thousands of inhabitants, a population that was increasing in spring when the sea routes were allowing the navigation toward the Mediterranean sea, and this happy moment of the this seaport was feasted with a procession dedicated to goddess Isis.
The poor republican houses, under the wealthy imperial period, were substituted by residences that resembled for elegance and charm, to those better known in Pompei: intensive red, black and yellow colours, mythological figurines, splendid bichromatic mosaics were showing – off how the middle-class was becoming the new upper class of Ostia.
Since the II cent.a.D. space became an issue, so these refined owners started purchasing more than a property in the same compound, transforming these many units in one big mansion called: “casa-giardino” or house-garden because of the internal courtyard.
Ostia Antica is a time machine, that makes the visitor feeling like a citizen of the III cent. a.D. when the city was at the acme of its wealth.
Today the high “umbrella” pines project their shadows on the mute and silent ruins, and strolling through the roads. Long time ago crowded, is like traveling in one other dimension…
Think about it, when in Rome.. it is only 30 minutes far from Rome. 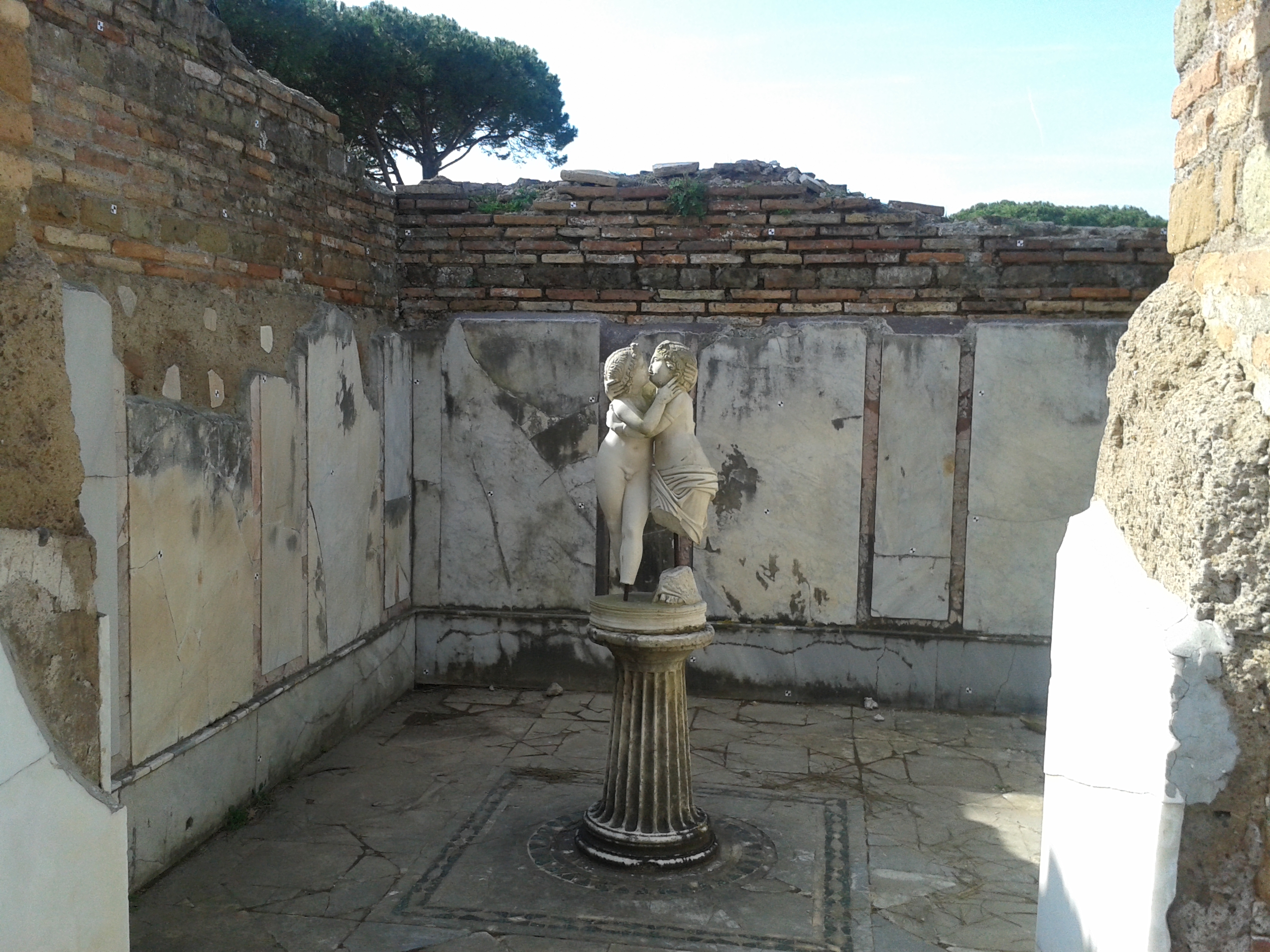 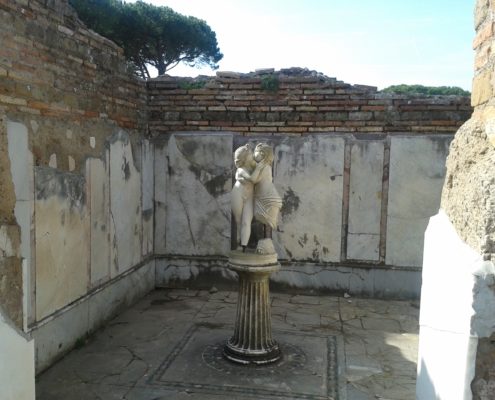 Photo tours with a Professional Photographer